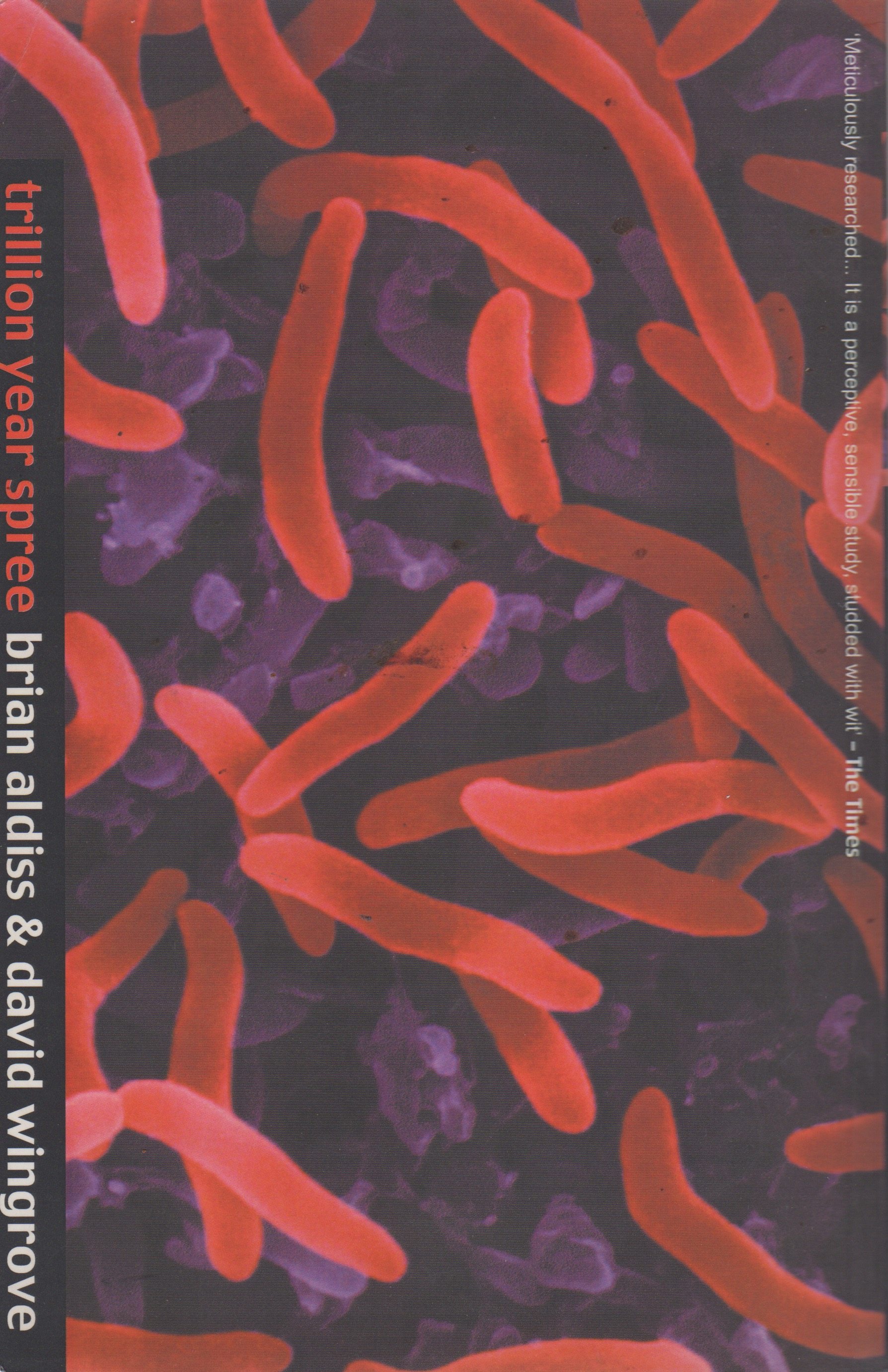 Flight to other planets, escape to other dimensions, immortality, the power to bestow life on the dead, automata, lost worlds, utopias, intelligent beings other than mankind… such alluring topics are the very stuff of science fiction. Strangely enough, they were also favourite themes in the Ancient World. Science fiction is that paradoxical literature which uses the oldest tales known to story-tellers to weave its modern fables.

Trillion Year Spree is the first book ever to present a comprehensive history of science fiction. Since an earlier version was published in 1973, science fiction has gained enormous popularity, not only in book and magazine form but in other media, most vividly on the wide screen. From the earliest showing of Star Wars onwards, there has just been no stopping SF. This new version, twice the size of the old one, is virtually a new book. Every chapter has been revised. The whole story has been brought up-to-date.

No other form of literature has so proliferated. SF derives its strength from combining to a unique degree the serious and the escapist, the intellectual and the lunatic. Yet only a few years ago, anything labelled “SF” was read only by a few ‘fans’ – who, in part by their own efforts, have lived to see their secret movement met with global success.

Brian Aldiss, Britain’s best known science fiction author, writes of this phenomenon, and its strange mingling of technology with spiritual aspiration, with erudite good humour. He is assisted by David Wingrove, well-known for critical works on the science fiction novel and science fiction films. Aldiss and Wingrove open their history by setting the birth of SF in the very heart and crucible of the English Romantic movement, with Mary Shelley’s extraordinary novel, Frankenstein: or, the Modern Prometheus. At the end of the last century, quite apart from the novels of H.G. Wells, stands another dark legend of resurrection, Dracula. The story then progresses to such novels as Brave New World and 1984, followed by the gaudy SF magazines, including Astounding in the USA and New Worlds in the UK, up to such modern favourite authors as Philip K Dick and Frank Herbert, author of the Dune series.

As the title indicates, while SF is a kind of joy-ride through all that modern man and woman hold dear or odious – a trillion year spree, in fact – it remains a rich and wildly diverse literature which offers a great deal that is relevant for our present.