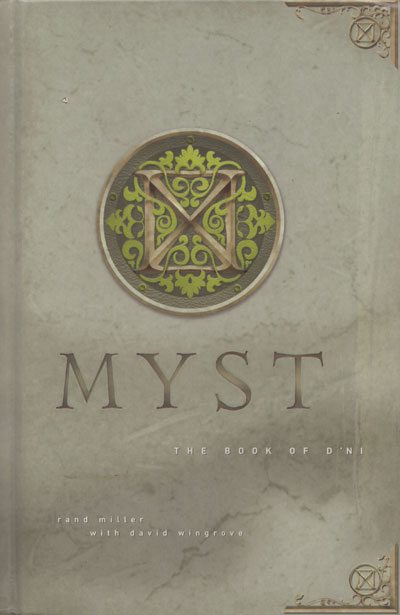 In The Book of D’ni, Atrus opens the crumbled exit of the room in K’veer, where he had been imprisoned by Gehn, and gains access to the rest of D’ni. Atrus and his team set out to find linking books to search for D’ni survivors. Eventually, Atrus and the rest of the D’ni plan on re-building the civilization, but this plan is halted when a book leading to a great lost Age called Terahnee is found. Terahnee is a sister Age to D’ni and is populated by descendants of the same ancestors as the D’ni.

At first sight, Terahnee seems like a utopia. Everyone lives in sumptuous palaces and nobody goes hungry. In reality, the society is run by slave labour. After writing new Ages, the Terahnee people capture the inhabitants to use as slaves, considering themselves gods over their Ages. The Terahnee are taught how not to ‘see’ the slaves. Only the servants inter-act with the lower orders.

The Terahnee are suddenly struck by a plague the D’ni brought with them. Atrus and his companions help the Age’s slaves to recover and create a new society before returning to D’ni and sealing off the path to Terahnee.

At the book’s conclusion, Catherine and Atrus are settled in a new and beautiful world, Tomahna, with a new daughter, Yeesha.

NOTE – A fourth book, The Book of Marrim, was written in its entirety, but has never been published.