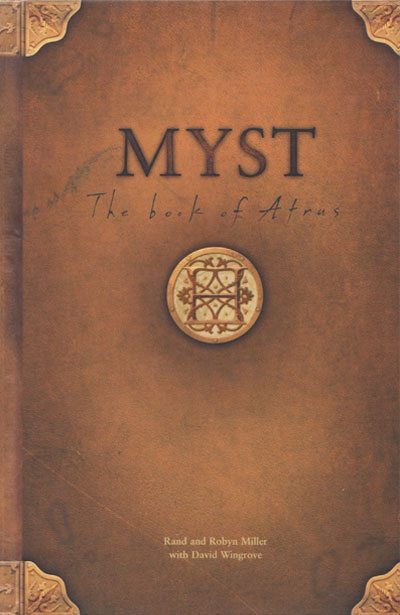 The Book of Atrus serves as a prequel to the first game in the Myst series, and introduces both new characters and old glimpsed in the game Myst. The protagonist is Atrus, who is raised by his grandmother, Anna after his mother dies and his father abandons him.
Atrus’s father, Gehn, eventually returns from his explorations of the ruins of the D’ni empire and enlists Atrus to come with him back to the fallen city, deep in the earth. Gehn teaches his son ‘the Art’, a skill the D’ni used to create special books which allow travel between worlds, known as ‘Ages’. Atrus is awed by the Art at first, but he is horrified when he witnesses Gehn’s manipulation and dismissive attitude to the inhabitants of these Ages. He also comes to understand Gehn’s selfish, cold cruelty and power-hungry nature.

Gehn believes that he is creating the Ages he writes, whereas what he’s really doing is creating links to pre-existing universes. Gehn destroys Atrus’s first Age, Inception, because it does not follow Gehn’s style of writing. After attempting to escape his father, Gehn traps Atrus in a locked chamber in D’ni, with the only escape through Gehn’s own Age of Riven. On Riven Atrus falls in love with a villager named Catherine.

Catherine and Atrus hatch a plan to trap Gehn on Riven. Gehn is stranded when Atrus and Catherine destroy all of the linking books on Riven, escaping by using a book T’iana wrote for them, leading to the Age of Myst. Atrus drops the Myst linking book into a massive disturbance on Riven known as the Star Fissure. The book falls through the fissure to be picked up by the Stranger in Myst.

The closing words of the book are the opening narrative from the video game.